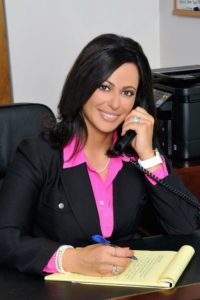 Answered by an Akron DUI Attorney With Knowledge, Experience, and Certifications.

Understanding the laws, and knowing your rights when it comes to a DUI is the first step in defending yourself in Akron, Ohio.

The list below consists of just some of the most frequently asked questions we receive when it comes to OVI/DUI charges. Call us today to get any specific questions answered and to find out what options you have regarding your case.

Q:  Will an OVI charge prohibit me from getting into Canada?
A.  Yes. An OVI will bar your entry into Canada for 10 years if you are convicted of the offense.  Canada will also prohibit your entry if you have a pending OVI charge.

Q.  Can you drive after an OVI while an OVI is pending?
A.  You can drive until your administrative suspension or your suspension for the conviction begins.

Q: If my license is suspended, can I still get driving privileges?
A:  Yes, depending on what kind of OVI you have.  ie. whether it is a first, second, or a first OVI with a refusal, will determine when you can obtain limited driving privileges.

Q:  What do my limited driving privileges include?
A:  ORC 4510.021 indicates that privileges include occupational, educational, vocational or medical purposes, attending court-ordered treatment, taking OL or CDL examinations, and anything other must be specifically granted by the court.

Q.  Is there a difference between underage consumption and a DUI in Ohio?
A.  Yes. It is unlawful in the State of Ohio for a person to consume or possess alcoholic beverages if they are under the age of 21. It is also unlawful for someone to operate a vehicle while under the influence. However, these are different crimes.

Q.  Will an OVI conviction affect my ability to become an Ohio teacher?
A.  Generally, no. Refer to the Ohio Department of Education website for more information.

Q.  How much will my insurance increase after an OVI?
A.  There is no way to tell exactly how much. Your insurance may not increase at all, you may be dropped altogether, or you may face some type of rate increase. The answer depends on a variety of factors including whether your insurance company actually learns of the OVI, your age, your history of claims (if any), your driving record, and other factors.

Q.  Do I get fined for my Ohio OVI/DUI?
A.  Yes, the fine varies depending on the court you are in. Unless your OVI is dismissed or you are acquitted after trial, you will be placed on probation. If you don’t complete your probation obligations, which include paying your fines, you may face a probation violation hearing. If the court finds that you’re in a willful violation, you can be sent to jail.

Q.  Will my prior OVI in another state count as an OVI in Ohio?
A.  Yes. Prior out-of-state offenses will count against you as long as the court/prosecuting attorney learns of any prior offense.

Q;  I was arrested at an OVI/DUI checkpoint. Is that legal?

A: Until the courts say otherwise, OVI/DUI checkpoints are authorized in Ohio as long as the police give advance notice of the checkpoint. One way to determine if a checkpoint is imminent is to do a Google news search.

Q:  What happens if I was on probation when I got arrested for my Ohio OVI/DUI offense?

Q.  Is there any way to avoid jail time on a second Ohio OVI/DUI?
A.  Obviously, if you plead to a lesser charge or are successful during your trial, you won’t face any penalties. Otherwise, there is jail time for a second DUI if it has happened within the past six years. However, many times, if the jails are at full capacity, some of the jail time could be done with EMHA (house arrest)

Q.  Will a mental disorder get me out of my OVI charge?
A.  It generally will not. Mental disease or defect is not a defense to an Ohio OVI/DUI charge. However, the court can take your mental health into account when sentencing.

Q.  My DUI involved a collision. Do I need to file an accident report?
A.  Ohio law requires the filing of a crash report for any collision where there is more than $400 in property damage or an injury. The report is required regardless of which party is at fault or whether or not you’re charged with a crime.

Q.  I was arrested for a DUI in Ohio. Do I have to disclose this with my citizenship application?
A.  Yes. Don’t omit any arrest, and do not lie.  Those things are much worse than getting a DUI.

Q.  I’m a physician. Will an Ohio OVI/DUI cause me to lose my medical license?
A.  An OVI/DUI alone should be no threat to your license. However, be sure to truthfully and completely disclose the arrest and disposition on your license application/renewal. Too many licensed professionals make the mistake of omitting this information in hopes that the Board will not find it.  Failing to disclose is much worse than the OVI/DUI itself.

If you live in the Akron, Ohio area and have a question that wasn’t answered in this list of frequently asked questions, feel free to contact us directly and we’ll be happy to answer it for you.